ISCBC is asking British Columbians to report any sightings of Carnation tortrix (Cacoecimorpha pronubana), an invasive moth identified in BC’s lower mainland. Carnation tortrix is native to Northern Africa and is widely distributed across western Europe and Asia. The moth is established in both Oregon and Washington. The larvae of Carnation tortrix are ravenous eaters and eat a wide variety of plants, including blueberries.

“The moth blends in well with its surroundings but has bright orange hindwings visible when the moth is in flight,” says Dave Holden, an entomologist with the Canadian Food Inspection Agency. The Oblique banded leaf roller, a very common moth, looks similar to the Carnation tortrix, but the hind wings are significantly different. Also, unlike most moths, the adult Carnation tortrix flies during the day.

ISCBC is asking residents of the Lower Mainland to report suspect sightings of Carnation tortrix moths. If possible, catch and collect the moth for follow up confirmation as there may be other moths that look similar and also fly during the day. 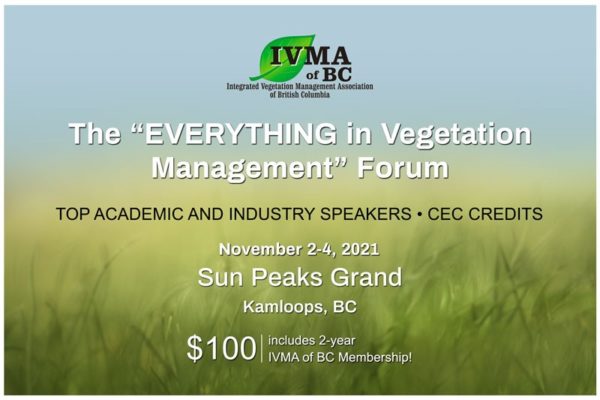 IVMA of BC’s Everything in Vegetation Management Forum

Published September 15, 2021 The Integrated Vegetation Management Association of British Columbia (IVMA of BC) is holding their Biennial Forum as a hybrid event, offered in person and virtually, Nov…

Published Sep 10, 2021 Help protect BC’s biodiversity by keeping your eyes open for animals or plants that may seem out of place. On Sep 4, Gavin Hanke observed and… 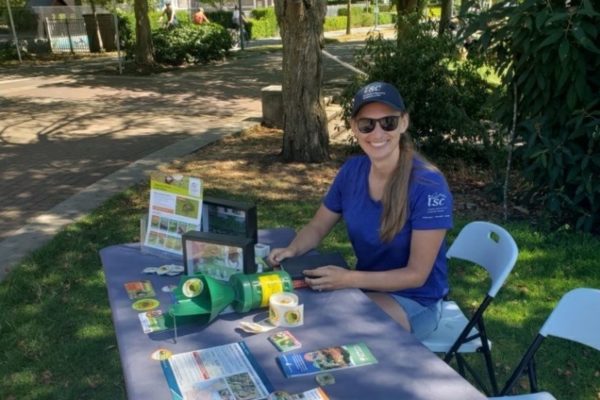 Stay up to date on the latest Japanese beetle news in the August update.