Have you ever wondered what ISCBC’s Youth Volunteer team is up to? In the face of 2021’s uncertainty and regulation changes, our intrepid youth team has yet again succeeded in promoting biodiversity and leading conservation efforts across BC!

Volunteers in the Thompson-Nicola region continued restoration work at McGowan Park’s wetland area, ongoing since 2020. To date, they have removed over 100 bags of invasive Russian knapweed! Removing invasive plants allows native species to re-establish in this sensitive habitat.

Youth volunteers joined invasive plant pulls and helped with native seed spreading at the BC Wildlife Park. They had the opportunity to learn about and get up close with a local species at risk, the Burrowing owl, as well as a local invasive, the Red-eared slider turtle.

Further into the interior, Cariboo region volunteers assisted with invasive Zebra and Quagga mussel monitoring at eleven lakes, collecting 44 water samples. Fortunately, none of the ecosystem-ravaging mussels were found in any of the lakes!

Two of our long-time volunteers planned and led nature walks at Everett Crowley Park and Maplewood Flats Conservation Area, sharing their extensive knowledge of these unique habitats. Volunteers learned about various native and invasive plant species inhabiting the two areas, the distinct ecosystems and got the chance to connect with one another over a shared interested in local conservation and restoration.

Volunteers participated in some learning-based events including an Indigenous plant & culture workshop lead by Cease Wyss, a guided tour of the Beaty Biodiversity Museum, and a guided walk on bears & salmon at Lynn Canyon Park.

Across the Georgia Strait over in Victoria, local volunteers participated in volunteer-led walks at Royal Roads University, the University of Victoria and Gorge Waterway Park. Volunteers used these walks as an opportunity to contribute to community science by observing and reporting native and invasive species found on the iNaturalist app.

Volunteers joined many skill-building workshops over the year, including Green Shores Training, Plant ID & Culture, and a site tour at the Compost Education Centre.

Two ISCBC volunteers, who are also members of the UVic Ecological Restoration Club, applied for and were awarded two “Taking It Global” grants to restore UVic’s Garry oak ecosystem and build a native plant nursery on campus!

Formed in late 2021, the brand new team of volunteers from the Tofino-Ucluelet area quickly sprung into action with a “Meet & Greet BioBliz” event. Volunteers observed and reported invasive species on iNaturalist and will use this as a guide for future invasive removal events. Invasive species discovered included Himalayan blackberry, English ivy, English holly and a small but aggressive establishment of Scotch broom.

Our volunteers were also extremely active in the online realm. Our monthly volunteer-led dialogue sessions featured a wide variety of topics including an introduction to grant writing, invasives in the media, a presentation on the Conservation Corps Canada program and more.

Thank you to all of our dedicated volunteers! Your enthusiasm in protecting your local wild spaces continues to inspire us here at ISCBC.

Are you eager to get outdoors, get active and get learning? Interested in having a real-world impact on your local community? Our youth volunteers help to protect BC from new and spreading invasive species, by gaining expert knowledge of our local environment and ecosystem and by taking meaningful action in the field. 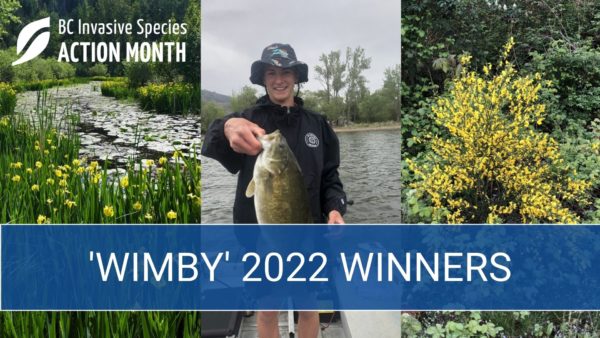 By Lisa Houle | June 10th, 2022 As we wrap up our events from Invasive Species Action Month, we are proud to announce the winners of our 5th annual What’s… 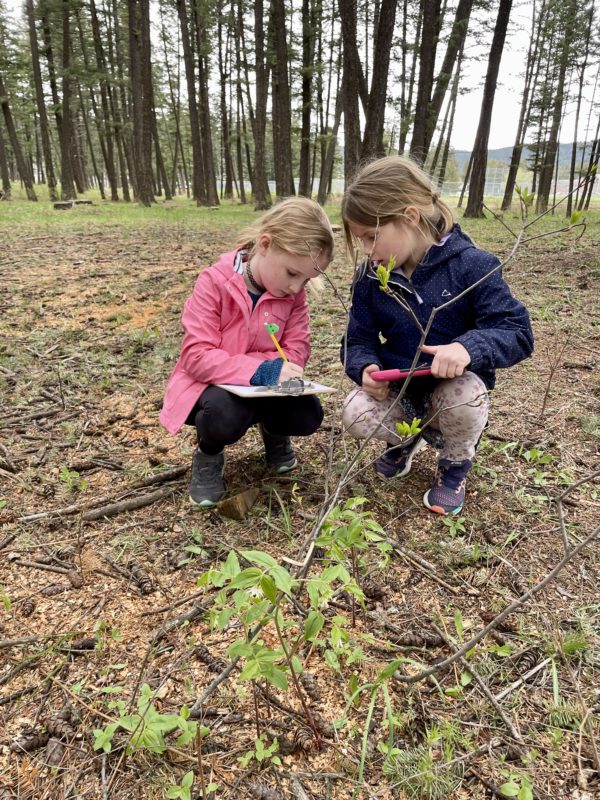 June 3rd, 2022 This May, École Nesika students looked a little more closely at what grows in their backyards with the Invasive Species Council of BC. They were on a… 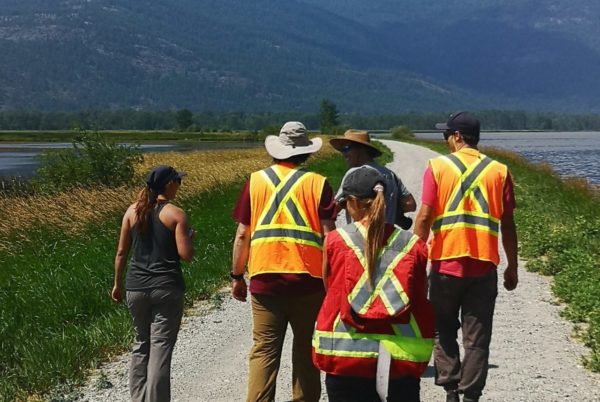 By Ksenia Kolodka | June 3rd, 2022 Since the start of May, our Stronger BC Action Teams have been in the field managing and removing invasive species in nine BC…