Also known as Golden clam or Good luck clam, this freshwater clam is native to Southeast Asia, Asia Minor, Australia, and Africa. It is widespread along the west coast of the United States, and has been found on southern Vancouver Island near Sooke, and in the Fraser River, Pitt River, and Coquitlam River systems of the Lower Mainland.

Asian clams can survive in a variety of freshwater habitats, and can tolerate water temperatures between 2-30 °C. They thrive in areas with moving water, where food and oxygen are continuously passed over their bodies. Thus, they may pose a risk to water treatment facilities, irrigation canals, and dams by clogging intake and outflow pipes. By feeding on plankton, they alter food webs, which can lead to toxic algal blooms.

Asian clams are hermaphrodites and can self-fertilize, meaning the introduction of a single individual can lead to the establishment of an entire population. They only reproduce when water temperatures are above 16 °C, which limits their spread. However, the range of suitable habitats for this species may expand due to climate change.

Asian clams are typically 2.5 cm wide when mature. Their shells have deep, concentric ridges and are brown or tan in colour. 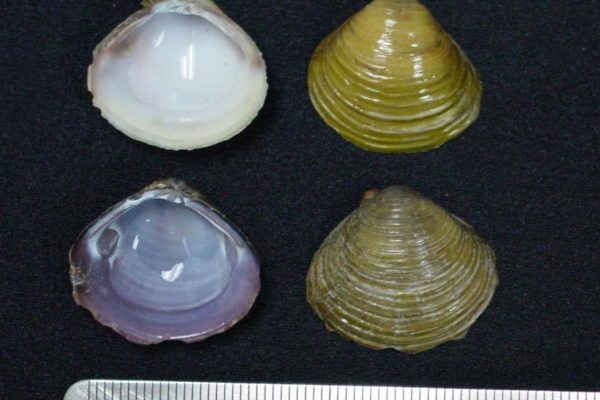